Why it's time to unleash your inner pessimist

The eternal optimist - the one whose glass is always half full, and who sees every rain cloud as a precursor to a rainbow - can truly grate after a while. Especially if you are the one who's under the rain cloud at the time, or whose glass has just been knocked over so that it's totally empty.

But, equally, so does the perpetual pessimist - the one whose glass is always half empty (at best) and who sees every rain cloud as merely a foretaste of the mother of all storms that's just waiting in the wings.

So you need balance - a little dose of reality in the mix, if you like. You see, like we talked about last week, there are a lot of upsides to optimism, but there are a few downsides, too. And, in the same way, while there are countless downsides to pessimism, there are also a few upsides. So, just as being optimistic isn't necessarily always a good thing, so being pessimistic isn't necessarily always a bad thing. The trick is to know how to use both sides of the equation at the right time, in the right place, so that you get maximum advantage.

So, what is pessimism?

Essentially, pessimism is pretty much everything that optimism is not. Where an optimist will gravitate towards the best possible outcome, and hold onto a belief that things will turn out well, if not even better, the pessimist believes the opposite: things will inevitably turn out badly, and the worst outcome is what they'll end up with.

Of course, there are shades of optimism, and shades of pessimism; and those two viewpoints I used to demonstrate the contrast between optimism and pessimism are at the extremes. But, wherever it sits on the spectrum, there's no doubt about it: pessimism gets a bad rap; and pessimists often find bucket-loads of scorn coming in their direction, because of their perceived negativity, and their ability to instantly pour cold water on pretty much anything.

You might be forgiven for suggesting that the bad rap is entirely justified. After all, pessimism has been linked with poor mental and physical health - depression, anxiety, sleep disorders, anger and hostility, high blood pressure, heart disease, detrimental lifestyle choices - the list of negative effects associated with pessimism goes on and on.

And, when you hear a pessimist in full flow, you can see why that mindset may give rise to all those negative consequences. Just take a look at this clip from School of Rock, and you'll see what I mean…

Let's face it, if Dewey was your teacher, and you had to listen to that kind of diatribe day after day, you'd most likely end up pretty much losing the will to live. And that's pessimism at its absolute destructive worst. No wonder it is associated with poor mental and physical health, and a wide range of dysfunctional behaviours.

But pessimism can sometimes save the day

It seems something of a paradox, but it really is the case that, sometimes, focusing on the worst possible outcome can give you the best outcome of all. In the mid 1980s, psychologist and researcher Nancy Cantor coined the term 'Defensive Pessimism' for a coping strategy that, in some circumstances, could lead to a better outcome than a more optimistic coping strategy; at least in the short term.

The basic idea is that, when you think of a worst-case scenario, you consider strategies to avoid those outcomes and, potentially, end up avoiding them in favour of a better result; whereas the optimist may not consider the potential risks, and find themselves hurtling headlong into issues and situations that derail their progress.

Subsequent research supported this idea, and showed that people who consider what may go wrong in particular situations may, in fact, be better prepared to deal with all the twists and turns, *and *come out the other side smelling of roses; where someone with a more optimistic 'it'll all be fine' kind of approach may overlook potential pitfalls and end up flat on their face.

For example, in 2011, two researchers (Saurez and Fernandez) found that when participants in their study expected to fail, they put in more effort and, in fact, ended up with higher levels of performance (and associated success) than participants who did not expect to fail. In other words, the pessimistic approach won out over the optimistic one.

But, and it's a big but, defensive pessimism is not an effective strategy in the long-term: great for some things in the short-term, but it can lead to some pretty negative impacts in the longer-term. In particular, research suggested that people who engage in long-term defensive pessimism not only think negatively about their situations, but also about themselves (Norem, 2001); and long-term defensive pessimists often experience fluctuating levels of self esteem (Ferradas et al, 2016). Neither of those outcomes are desirable when it comes to basic human flourishing and both mental and physical well-being.

So what does all of this mean for you?

Well, it means you need a balanced approach - an approach that allows pessimism to show its face without derailing your progress; and leaves room for healthy amounts of optimism to maintain your focus and motivation to keep moving forward towards the ultimate prize: becoming your best self.

Achieving that balanced approach is no mean feat. But one way that you can work towards it is to become increasingly aware of the negative undertones, and maybe even overtures, of your 'inner-voice'. When you face a situation, take note of your self-talk and assess whether it is helpful or unhelpful.

For example, if your self-talk is pessimistic, is that helpful? Is this a time when a few 'what-if' worst-case scenario planning exercises may set you in good stead for a positive outcome? Or is that doom and gloom misplaced and unnecessary - it's not really that bad at all, and you just need to dive in and do it, whatever 'it' may be?

And, if your self-talk is it all 'rah-rah-rah, high-five and group-hug', is that just the nudge you need to get you to the finish line, or is the shove that will send you head-first into the wall? Do you need to temper that optimism a little, or do you need to crank it up and tap right into it?

And, as you work your way through each situation, reflect on how it actually played out. How did your optimism, or pessimism, help or hinder you? How did it leave you feeling? How could you have approached it differently, and what may have been the outcome had you taken a different tack?

If you want a helping hand getting to grips with your self-talk, check out the free tools we have in the Live a Big Life Academy: www.liveabiglife.com/the-academy (you've got nothing to lose - it's all free, so put that pessimism to one side and give it a shot.) 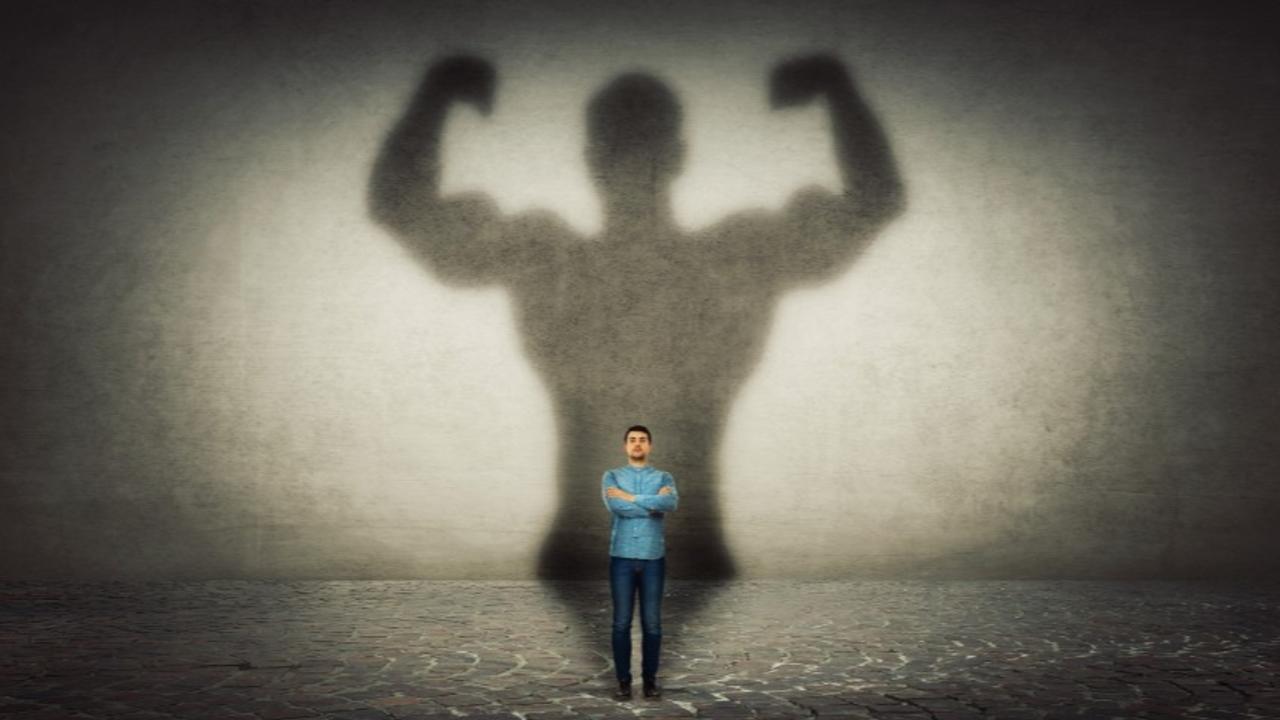 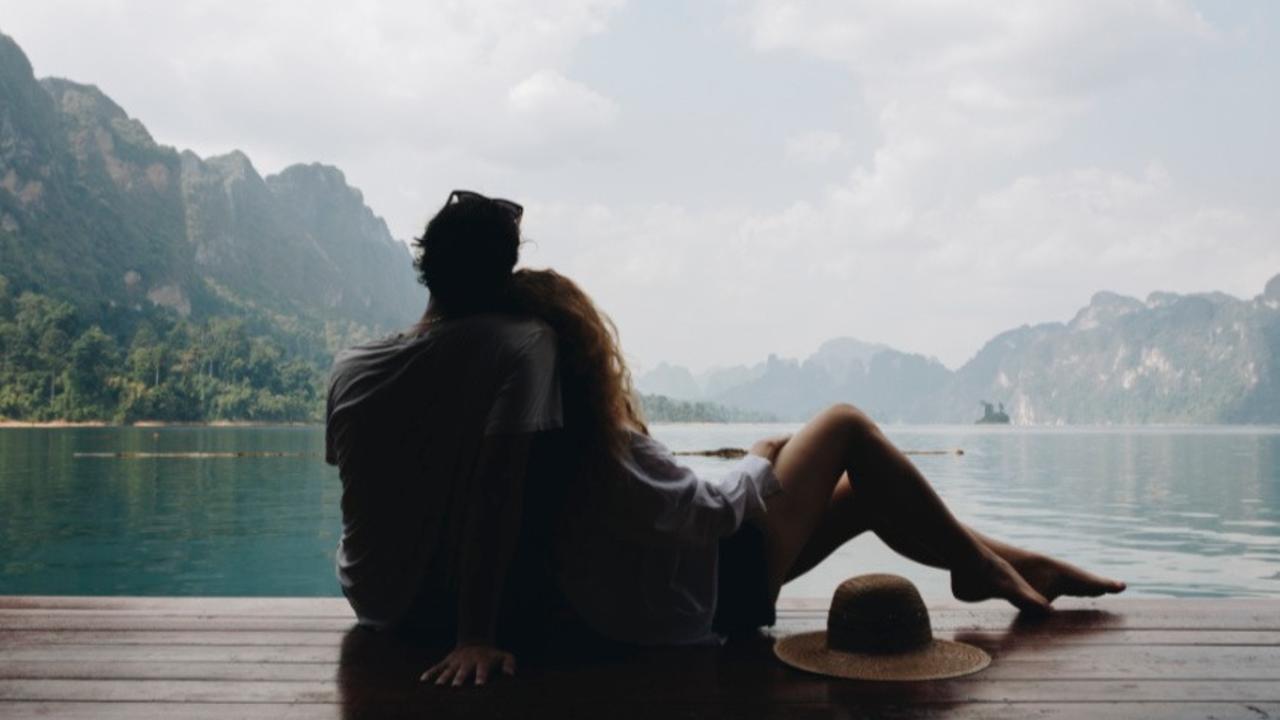